Hey everyone! I know its been a while since I did a new post and I’m sorry, I’ve been so busy as any of you who follow me on twitter might have noticed. I’ve been going up and down the country trying to organise matters school. I could definitely write a blog post about that and I probably will one day.
But today I want to cover something I’ve covered before;fashion. So I have in more of my looking at people on the streets come up with another list of thing chics wear that they’re probably greatly thankful for that I’ve come to hate! So now without further words or ado here it is…

First, doll shoes. My lord, I really really reaaallllyyyyy hate these shoes! I mean whoa! These shoes just make chics feet look so unremarkable, boring, bland, dull, uninteresting, monochrome, uninspiring, flat, vapid and extremely commonplace! I mean after all you do to look stunning before you leave the house then you throw on a pair of these and totally kill the whole look! Good God please stop. I know many of you have male and, the unlucky ones among you, female colleagues, friends and boyfriends who will never notice what type of shoes you’re wearing but know this the first time I meet you I’ll notice your shoes and I hope they’re more like me out there. I know why you put them on, I asked a friend of mine why she wore them and she said that it’s because they’re caomfortable. Well I say screw that and wear sandles or slippers!! They’re several beautiful pairs out there…think about it…

Next, sharp pointed shoes, they’re ugly period. I don’t think I need to explain myself. But I realise that it might just be my own baised but those things look wrong. It looks as if you squeezed your toes right up to the tip. Also some time the in-between your toes show which most times have not been pakwa’d vaseline so its white as snow, yuck! Some time your little toe looks as if it been dislocated so it fit in your shoe. Also as a dude those things look like lethal weapons! If a chic kicked you in balls with those she’ll definately be leaving with them hanging at the tip of her shoes. So ladies spare us the torment.

The mohawk. This style was once only found among hardcore rock heads but as soon as Rihanna started rocking it every girl in town decided its the in thing and styled their hair the same way. I hate it! Don’t wear it around me because it shows your complete lack of imagination and style. Don’t follow the fool masses try be unique, rock your chosen hairstyle with confidence and it will be complimented. Just so we’re clear any variation of this hairstyle is whack!!

Also ankle boots. I realised I really have no problem with these, as long they’re worn well. Usually they aren’t. Someone has on a really good looking(what I really mean short;) skirt and a perfect figure accenting shirt on and she puts on a pair of ankle boots. So what’s wrong with that picture? Her overexposed legs ofcourse. Trust me I have no problems with exposed legs but the distance between you skirt and the boots is so much they look like a completely different planet from the rest of your outfit instead of the moons orbiting your planet in perfect sync. Do you get what I mean? Also if you had a childhood and a particularly interesting one your legs probably have scars of your childhood. Learning to ride a bike, footah playing on the tarmac, teaching yourself to rollerblade or the long scar you got crossing that bardwire fence in the hood because it was a shortcut. Anyway its likely that you don’t have unblemished legs. So what do I suggest to remendy this? Stockings. I swear these have to be one of the most underutilised pieces of clothing in a girls wardrobe, highlighting your legs while keeping the scars out of sight. Anyway stockings are so so so sexy, wouldn’t you agree? 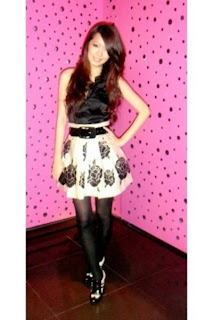 Lastly, for now at least, big ass handbags. I once went to class and my deskmate came in with a handbag that was much bigger than my bag pack and it was stuffed! What is it y’all carry in there? I’d never open one by the way it was ingrained on me early in my life that gentlemen never go through a lady’s handbag. I don’t hate them I just don’t get the point or the need of all that space. And its not like they look sexy or good, most are shapeless black masses. A friend of mine once said your chic turns up with of theses you’d better watch her carefully coz she’s moving in!

Anyway I think thats the end of my fashion ranting but before I leave I have to ask y’all of something I’ve noticed, platform shoes are slowly making a came back, aren’t they? I spotted them here and there around Nairobi and even my sis has a pair. What do you think? Am I wrong? Let me know what you think in the comments, about the platforms and more importantly my fashion rants. As always peace!!!