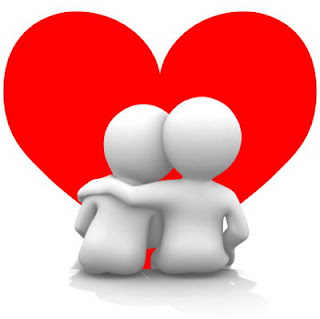 Recently, two of my friends: one my best friend and the other a very good friend of mine from school; have fallen in love. Before we get more into that, let’s go a little into these two gentlemen.

My friend in school is what I would call every girls nightmare! In the morning or at night, he seems to be the stuff of their dreams. What I mean by this is that he always has a different girl in his bed at night and in the morning he kicks them out in some of the most remorseless ways I’ve ever seen. He once kicked a girl out by clapping his hands and telling her it was time for her to get lost. Anyway over our holiday he’s suddenly become a gooey eyed romantic. His face lights up when he talks about her and the smile he gets when he sees a message from her is actually a joy to behold. This is the very first girl he’s actually called his girlfriend, ever. And I’ve been there for many of his “girlfriends”.
“He once kicked a girl out by clapping his hands and telling her it was time for her to get lost.”
My best friend goes to school abroad. When he left I didn’t think much of what that might mean for his relationship life. He was always one who hesitated to getting in to relationships; sure he had flings and stuff but never a relationship that endured. Between the two of us, I was the one who put myself out there; he was always a little more cautious. When he came back for his summer hols, he was gushing about his girlfriend, like I’m going to marry this girl level gushing. It was something I had never seen from him. They recently celebrated their one year anniversary. I don’t think I’ve ever been so happy about someone’s relationship milestone.
What’s the point of telling you all this? Well seeing two of my close friends so in love has got me thinking about love again. Especially because I realized I’ve not had a proper relationship, or fallen in love since my parents separated. I’m not sure that if I’m just using my parents’ breakup as a crutch, but it can’t be a coincidence. I’ve always been the romantic, believer in the ease of falling in love. Now I’m not sure. I don’t know anymore, I’ve become skeptical and critical, not in the love of other people, but in my own feelings. I don’t crush anymore; just note the interesting qualities in someone that would normally attract me to them. I don’t know if I can love anymore and that scares me because I want to fall in love. Peace!!!