Posted 29th May 2013 by Sidney Ochieng under faith, God 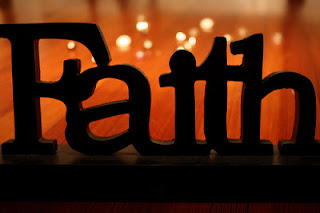 My personal faith has undergone several metamorphoses in my somewhat short life, which I’ve covered here before. In about the first 10 years of my life, if you asked me what my faith was I would’ve told you that I was Anglican. I didn’t really believe in that particular creed per se but it was the church I prayed at because my mother went there. When my mum changed belief to Seventh Day Adventist, I changed with her. I recognized the truth in their doctrine and beliefs but I refused to be baptized because that would mean that I believed, and I didn’t. I recognized that I didn’t have enough faith in God to do so, if I had gotten baptized at that time it would have been just to please my mum.
Throughout that phase in my life I recognized the good work that the Church does and the good in most of their teachings. I knew that when I had kids I would have them attend church and even though I didn’t fully believe in the faith I would still tithe faithfully and give to the church’s causes.
Then my laptop got stolen, and in what seemed to me be a miracle I got it back. Suddenly the faith was there, I believed that it was through God’s hand it was returned and I felt it was the right time to get baptized. My faith was strong for a number of months but that changed. I stuck to the lifestyle I had adapted at my baptism, for example I didn’t drink at all but then it was to prove to myself something rather than it being about faith.
Now I’m at a point where may beliefs have evolved further. I think the best way to describe where I am is spiritual. I don’t know if I can say that I subscribe to a faith but I still believe there’s a God out there. I don’t think there’s any way the world as it is now just came to be by random choice, just like there is nothing beautiful man has done in this world without conscious thought so it is with all existence.
I believe that as the high known intelligence in the universe we are closest to God’s own image. Therefore, I think, and believe that God’s nature is more like our own or rather that our nature is more like his. Not necessarily perfect, but mostly benevolent. I guess that sometimes he wouldn’t just care what happens to his creations.
I came to this decision just by comparing the lives of my mum and dad. I won’t go into what is happening in their lives because I don’t feel right putting it out there yet. Maybe one day.
There’s a quote about religion from comedian Eddie Griffin that I’d like to share with you, “People say that Jesus is the messenger, and others Mohammed, but I say forget the messenger; did you get the message? Do unto others as you’d like done to you”
My dad said something to my sister the other day that simultaneously made me crack up and think. They were having a discussion about the power of prayer when my dad said, “If you don’t know what 2+2 is no amount of praying will change that fact.”
I don’t come to this decision lightly or without much thought. This may be the final evolution of my faith, I stay like this for the rest of my life, or it may be just another stage and I’ll be back here telling you all how and what has changed. What I do know is this, for now I live by my own faith and spirituality by my own values and morality. Peace!!!

Through the Crystal Ball

The Pitfalls of Kenya Power

I think the way prayer works is if you ask God help you know what 2+2 is, he will set in motion events that will get you to gaining that knowledge. It's not that God will inject the knowledge into your brain.

that's what my sister said

I say it's a stage we all go through usually starting at the point when we realize that our parents are not superheroes- when we start discovering ourselves. I've been there also, been at that place where I questioned religion and got a lot more confused by the answers different churches gave for it was at a time when 'illegitimate' churches kept springing up and I didn't know whom to believe concerning what I really hoped to believe. Anyhow long story short, am slowly getting out of that particular phase and am getting to appreciate(once more) the little miracles I see on a daily basis. Am yet to subscribe to a specific denomination for am still skeptic but believe I'll get one soon. Now thats faith to me.