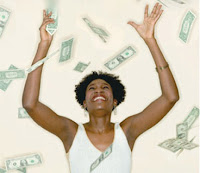 Some time back, Safaricom, Kenya’s major carrier, had a promotion in which the main prize was 10 million bob (about 115,000 USD); doesn’t look like much converted into dollars. Nonetheless, I was convinced I’d win. Why? I had a feeling.

That feeling was wrong, obviously, but while I did have it, I wondered exactly what I’d do with such a large amount of money (felt it was large until I converted it into dollars, now it seems like peanuts). I made some basic plans that I now want to share with you guys.
First of all, I’d buy a new phone, maybe two. The phone would either be the Nokia 920 or 925. I’ve been with Nokia since my very first phone, which, curiously, wasn’t the 3310, which I think was every person on earth’s first phone (well done Nokia, what happened to you?). It was a Nokia 5210. It was given to me by a good friend of mine called Salo. Anyway, I’ve not owned another brand of phone; I have faith in the company. The second phone would definitely be another Nokia, the N9, because it runs the open source MeeGo that I’d love to try. I use its big brother the N900 right now and I recognize the potential there and the community around it is great.
Then I’d defer my course for 3 years to travel Africa and the world. I want to do this because I plan to do this when ever I can when I start earning a more steady income. I’ve lived out of my home country for a decent amount of my life. I lived in Zambia and still have old friends there. More than that I have friends and family spread all about God’s green earth and I’d like to go see each of them. I’m a great fan of history and it would be great to experience the cultures of other people. For instance I have relatives in Uganda that I have seen since I was 2.
So which countries? America, Canada, Australia, France, England, Netherlands, Tanzania, Uganda, Zambia, Zimbabwe, Botswana and South Africa. Those are countries that I know at least one person in and would like to visit. Of course while there I’ll try and experience a bit of their cultures, visit the landmarks and museums. I’ll spend maybe two weeks in each country.
Other countries I’d like to visit but don’t really know anyone in are Rwanda, heard awesome things about the place through Savvy, any country in western Africa, I’m thinking Nigeria because their movies have flooded our country, Egypt, because well its Egypt there are numerous reasons to go there. I’d also like to go to a South American country, just to say I visited every continent. I’d like also to visit a eastern European country, I find their histories rich.
I’m not sure which Asian country I’d like to visit, wait as I was writing that I thought India, I used to have several friends from there when I was a child. It’d be cool to see their homeland, maybe when I have the money to actually travel I would have traced some of them down. Maybe also Japan.
After all this travelling I’ll come back home and complete my last year of school. I’m not sure why I’d not finish school then begin travelling. I don’t think I want the attention I’d get have won that much money. After 3 years I think all the hype would have died down and I can settle to finish.
During the time I’d be travelling I’d divide any money that wouldn’t be set aside to travel between my mum and dad to invest on my behalf. I need my money to be growing somehow while I traipsed about the world. They both have different views on things so I guess that would be what could be called diversification of your portfolio. Either that or I find a house or land to buy.
So really what I’d do if I had won was travel the world. Since I didn’t win these plans are on hold for when I starting making millions. At my age I can do with coach but as I grow older I want to travel in style which means first class for trips longer than 3 hours. What would you do if you won 10 million shillings today? Comment below. Peace!!! 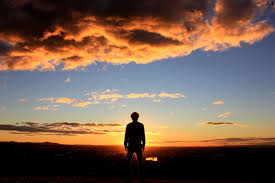