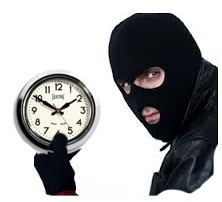 Once again I’m forced to rush to write this before the day is up. It is now about 9.30pm. I can just imagine Okelo tapping his foot going “Tsk tsk tsk!!!” right now which is actually making me smile. I haven’t seen him in a while and I miss him. I’m comfortable enough in my sexuality to say that.

Today was a good day (Editor’s Note: I guess it should be yesterday now!!!). I overslept. In fact, I would not have woken up when I did, some minutes to 8am, if it wasn’t for the maid coming by to let me know that she was leaving. I threw the blanket off me while cursing my stupidity – deciding to watch 3 movies back to back the night before. They were really good but Transcendence was the obvious stand out, go watch it if you can.
I looked at my phone and right there is a notification reminding me that I have a meeting at 9. So much to do so little time. Water must be warmed, baths taken, teeth brushed and shirts ironed. Also there was the question of breakfast that I clearly didn’t have time for. Time to prioritise and execute.
While the water was warming I packed myself six slices of bread and two oranges. I’d have to take breakfast at work after the meeting. Head to the bathroom and while the bucket fills brush my teeth. Jump in to the shower. Here there’s really no way to skim or optimise the process, the process is the process. Out of the shower and into the cupboard to grab the shirt. Luckily the iron was already in the bedroom. Four, five quick passes and the shirt is wearable.
I’m about to head out the door and I’m doing a last minute check: phone, wallet, keys. I’m ready… Where the fuck are my earphones. Dash back in and the frantic search begins: under the couch, in between the couches, in the kitchen, under the bed, rip off the bedsheets(it wasn’t made that well anyway). Finally I have them in my hand and off I go.
I manage to reach the office 7 minutes past 9. I’m feeling very proud of myself as I walk in the door before I realise that we’re only 4 of us.

“Didn’t we have a meeting at 9?”
“Nah, the meeting is at 11”
“But I have a Google calender notification!”
“Yeah, that was a reminder to put up project updates on basecamp”
“Dammit, I thought I was going to be late for a meeting. I’ve not even had breakfast” I moan

Yup so that was my morning. Not boring, not interesting, just there. As I begin thinking of sending this to my editor I wonder what he’s going to title it. While I always know what the content of the posts are the title, and the pictures are always a surprise for me until the post is published. Given the blandish nature of this post he has quite a task ahead of him but I think he’s up to the challenge, he did after all change a post about walking into “Ambulating with Confidence” 😀 Peace!!!