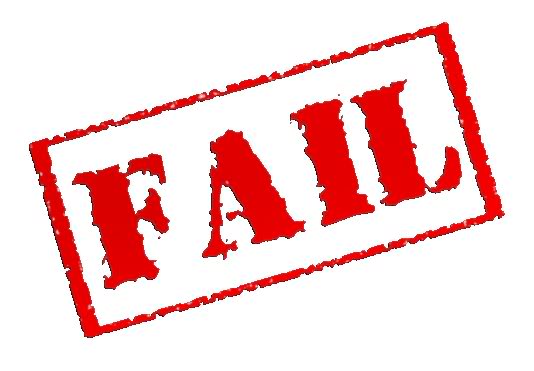 It’s been another long day. I seem to be having quite a few of those this week so I’m thanking God the weekend is here. I can’t tell you what I’ve been up to, because it would be boring to mention, only that I’m really tired. And now instead of getting into bed I’m sitting down to write this.
We held a Fail Faire today at the iHub, I only checked in long enough to hear the story of one person and the place was so very packed but it got me thinking of one of my failures.
If you’ve ever taken time to read my twitter profileyou’ll see there that I’m editor of Gizcampo. The premise of the site was that my university, Maseno, had a lot of interesting things happening but no one got to know about them. So we hoped to end that, help get content from my university online. Every time people would ask what’s it like going to school so far away and I’d answer the same way every time, “It’s school, it’s like any other university in the country” I wanted to end such questions.
Initially I was just doing movie reviews but got promoted to editor after a month or two. It was such a tiring job.
We had to source for posts for the website and we thought most people would recognise the benefit of having their work out there and how that may help their reputation and their CVs and would write for the website for free. Boy were we wrong.
We had almost 10 writers to cover most of the aspects of campus life and initially everyone was very enthusiastic about writing but soon, people began to slack off. Posts that were supposed to have been written by a certain day would come in several days later. Every week it was us, the editors, frantically texting and calling, begging and cajoling, trying to get people to write. It didn’t go too well.
Then for over 4 months there was some random confusion with the owner of the site. Me and the other editor had some how lost our editing privileges. We couldn’t add, post, edit or publish any of the pieces coming in. Calls and texts went unanswered. What was particularly frustrating was that there was someone who did have the privileges and her posts were going through. [Editor’s Note: Pussy Control…]
I learnt a lot from the experience and I could tell exactly what that was but I’m sleepy and I have an early morning meeting tomorrow. Peace!!!
This is the time that we all feel we need to realise that we are much more than just money bags.