It’s been a while since I did an app review, probably because I haven’t explored that scene; I should probably look into that or something. Nonetheless, the app I’ll be reviewing today is called Safari Tales and it’s a production of Afrokidz Ltd. It has been made for Africa by Africans inspired by the diverse and rich African Culture. It is currently developed for the Android market for children between the ages of 2 – 9 years. That description has been stolen verbatim from their website :D! 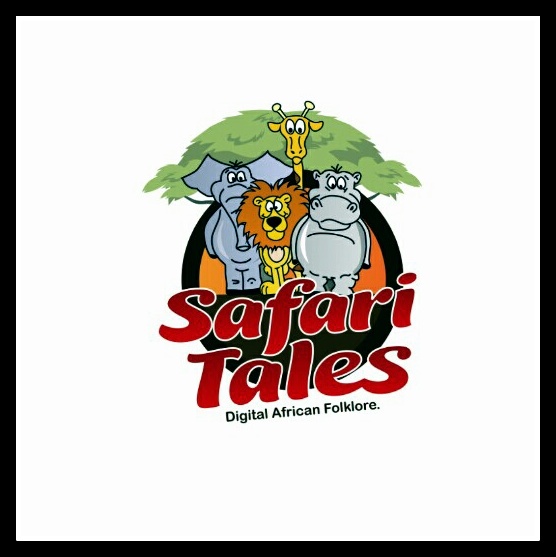 This app came to me courtesy of SavvyKenya, long time blogging mentor of mine, she wrote about it and when I commented on it she asked that we compare notes on it and I decided to do a blogpost on it because I’ve been having trouble writing recently and hopefully this will get me back in the groove.

I’m reviewing this app not because I have a child or anything but because they promise to have a number of Kenyan narratives on as they go along and as a Kenyan who grow up out of the country I’ve often longed for something I could read about all the stories and legends that exist in our diverse national culture. I strongly suspect such narratives are sitting on shelves and in cardboards in the litterary departments of our universities.
So lets get into the app and note I’m reviewing it for my Intel YOLO.
The Good

The interface is beautiful and responsive. When you load the app you get a beautiful screen with the covers of the books on the screen that you just have to swipe left or right and select one to read/listen.

Within the stories you have illustrations that make the story more engaging. and a single tap on the screen will make the illustration full screen allowing you to fulling concentrate on the story.

The storytelling was great and the voices felt genuinely African, if that’s a real thing, you really felt these were people who were speaking to entertain you. And the change in tones was great so that you felt you were more in a play than someone just reading a story. If you download the app be sure to listen to the story about the elephant and man and tell me that the lion doesn’t sound like the former president Kibaki 😀
Having background music and sound effects really made the story telling immersive for me it definitely helped augment my imagination nicely.
The Bad
Now this was the hard part, mostly because when I first used the app all I seemed to be finding was what was wrong and yet I eventually liked the app. So what follows is stuff that I think the app should have had even if it was in alpha.
The stories just had covers and even the ones that had illustrations should have had titles on them to make it clear what they were about because it was completely unclear to me what any of them were about. This is something that should have been clear to the designers.
Also it was great that the app warned you that the sound was going to be a large download of about 15mb but when the download started there was no progress bar and I was there staring at a circular loading icon wondering exactly how long before I could get my story’s audio goodness.

In the stories I downloaded, the text was missing from the illustrations and so I was stuck having to listen to the narration without being able to follow along with the text which was really jarring and disorienting. Also, the transitions in between illustration audio was not smooth and that took me out of the storytelling experience which bothered me.

I’ve already said that the music was great but there were a couple of times it got really annoying. At the end of the narration a few times the music would go on for too long, much much much longer than was necessary for transition. I found myself listening to music for what felt like forever and it had zero relevance to advancing the story. I’m not sure what the optimum would be but more than 10s is too much for me.
The Bugs
Because the app is in what the developers tell me is alpha there are a couple of bugs I found. The tales button on the welcome screen seems to serve no useful purpose – also it didn’t work within the stories – and the soft menu button didn’t work. The first time I tried downloading the audio for a tale the app crushed for some reason.
Feature Requests
After using the app I came up with the following feature requests:
To conclude, the app is awesome but there’s a lot of room for improvement. I’m glad that someone is doing something to digitise some of the cool Kenyan content out there and the developers told me that they’re working on getting a lot more content available: songs, riddles, poems and tongue twisters. As they continue working on this app it’ll only get better and better and I, for one, am really looking forward to see what they can do. Oh and I want to congratulate them on placing second in the Entertainment category at Pivot East recently. Peace!!!

P.S: 8 July: The developers tell me there’ll be an update to the app by the end of the week bringing some much needed bug fixes and general improvements. Can’t wait. Peace!!!