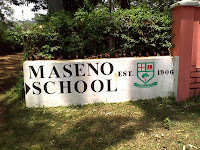 Its been almost three and a half years since I joined boarding school and one and a half since I left. Its an experience that defined and continues to define my life… 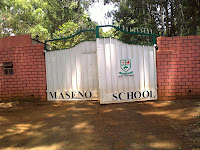 A little background info: When we moved to Kenya from Zambia I joined St.Mary’s Nairobi doing KCPE syllabus(This wasn’t what I’d expected but that is a story for another post). I stayed there for 4 years until form 2 when I changed to Maseno. Why? That’s part of the story for another post already mentioned.
So whats this post about? It’s about all the things I’m greatful to Maseno for. Most of them have to do with adaptation that has became a part of who I am. Things that its taught me and given me.

1. The food. Don’t get it wrong, the food there was rubbish!! And they put paraffin in it-I can swear I never realised ’till I left school, infact just last week that the bitter taste in the githerri was it. Meals usually consisted of some variation of maize, heart burn(beans), bitter herds(sukuma), rice and piece(meat, a single piece). No additives(including salt though they did provide it separately,the only thing btw). And usually half cooked. I don’t count breakfast here coz somehow it doesn’t count here. I’m thankful I was able to adapt because now I can eat food anywhere, I mean, when I was Saintz I had apprehension eating certain foods in certain places, now I don’t really have that fear. It really brought down my upclassness when it came to food and increased my appreciation of a good well cooked meal!

2.Water. I’m sure you curious how. Well, Maseno had a population of just over one thousand(1000) but only one tap. Yes, 1 tap! It was called Jacob’s Well. And it didn’t gush out or even flow steadily, it trickled. On top of that the school was so big the distance from my house(dorm) to the tap and back was probably 1.somethin kms. Good lord!! How ever did we manage? Some of us collected water at night(which was illegal), others early in the morning before preps, others during games(which was illegal), others during meals(which was difficult because people streaming out of the DH to wash their plates), other during class(which was especially illegal), a personal favourite of stealing someone elses water and of course the hustle(which involved standing at the door of the bathroom and exacting a levy from everyone who passed). All these skills I learnt and perfected considering I came from the furtherest house from Jacob’s. Oh yeah and I’m forget two espeacially interesting ones. The first collecting rain water from the roof, usually ice cold with hailstones, and actually just bathing in the rain from the roof which is probably the most fun you can have bathing alone. I don’t know how this counts but it was fun putting down. 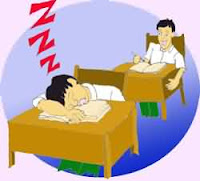 3.Sleep. In all the years of my life I’ve never slept sweeter sleep than when I did it class. During preps and during lessons… I never did morning preps in form4 every single one I slept. Our class was so warm always… I haven’t slept well ever since I left school… This taught me to appreciate the things you enjoy even when you’re in the worst of situations.

4.Power. In school there was a lot of stuff to teach anyone something about power. I could do a whole post on this but not now. We had prefects pick from amongst the form3s in second term but it wasn’t a democracy,we the students had no say on who would lead us, the teachers choose and they picked the one’s without consciences, who could dole out punishment without mercy and the ones likely to remain loyal to the principal and not to his classmates. They were brutal, mercyless, pityless human beings. They were often physical. They reigned for a whole year before new ones were picked for the next year. Thats when we their classmate brought them down a notch or fifty 🙂 Its when the cold wars began. They would find their stuff missing. Beds wet with dirty water. Notes deleted using bleach. Beaten up for the smallest of reasons. It was almost anarchy. I learnt that really power is only for a season especially if its conferred to you by someone else. I think its Lucky Dube who said, “Be good to the people on your way up the ladder because to meet them on your way down”

5. St. John’s Ambulance. I was a cadet in school. I joined with the hope that I’d meet some really hot mama I knew in Nairobi when we went for nationals. Her team didn’t make it but mine did. I learnt first aid. I met Anthony(@deadly_halo). Enough said, I think.

6. Friends. I meet several life long friends in Mase. Noah, the very first friend I had there, Rodney, classmate and fellow comp student, Julz, fellow comp student and Sci.Cong partner, Netia, the very best desky(form4) I have ever ever had! He and I just clicked. Anyiri, back desky and my very chief hater in school:) and several others who I can’t mention here(the ones mentioned are the most memorable). Then there’s Anthony. Know him because of St. John’s. He might not know this ,because I don’t show my emotions, but I don’t think I’d’ve survived 4th form without him. He took me through a lot. And he rarely ever complained – not that there much to complain about as far as I know. If I prayed I’d thank God for him but since I don’t I’ll just be thankful he was and still is a part of my life.

That brings an end to the things I’m thank Maseno for teaching and giving to me. They’re probably more but at the time of my writing this I couldn’t think of them. What are you greatful to your high school for? Let me know in the comments. Btw if you think my blog is worth following let your friends know and your twitollers(twitter+followers;) too. Cheers!!! And as always PEACE!!!!