Hey everyone!! It’s been awhile since I last did a post and I’ve been wondering what to write about. As this blog is about my random thoughts and feelings so I guess I can write about anything I feel about and y’all will have to read about it, won’t you?:) That might sound arrogant but hey I’m right, aren’t I?

Last week I was in Kisumu and its surrounding environs and towns. I travelled on my birthday. I know most people would’ve  waited to celebrate their birthday’s first then travelled but I haven’t really celebrated a birthday in the last 8 or 9 years. Sad, I know, but then again my life has really been a happy one in past years but more on that in another post if I ever get the courage to tell the world about it. So I went to Kisumu, on my birthday. Why?

Because first I needed to take my request for transfer to Maseno University to do Computer Science. Unfortunately for me though I passed KCSE I didn’t pass it well enough to do any of the computer based courses through JAB. Ofcourse I could go parallel but my dad is an inconsiderate ass, as you’ll see later in this post.

Second is that I need a vacation. I am tired of Nairobi and all it represents. No I’m not talking about the now ever constant traffic jams everywhere or constantly crowded streets or the polluted air. Its a vacation of what it represents to me, ultrasupedoper boredom at home, poor food and very very little love and freedom. The boredom I can deal with after awhile you get used to staying alone with your thoughts. The poor food I can also deal with as you should know if you read my last post. But the lack of love is what I find most difficult to deal with. I’m someone who needs people around me who care for what I’m feeling. I really don’t feel that here at my dad’s place. Unlike my mum, who -annoyingly- seemed very much in touch with the fluctuations in my every mood. I miss that, greatly. My freedom of movement that I had while staying with my mum are greatly curtailed here. I have curfew!

When ever I go to Kisumu on my own I make sure to drop in on my grandmother (my dad’s aunt). I like going there because she is ever concerned about me and my siblings and how we’re being treated. She exudes a very warm feeling of love, care and safety. Also when I’m there I’m extremely babied. Its good for to be babied once in awhile.:-P She recently moved to Kisumu’s baller central, Mamboleo. I’m not sure i like it but then again her house is massive!!!

Anyway I stayed with my grandma  for just the night I arrived and went to Lela to see Anthony(@deadly_halo). I was going to Maseno Uni from his place, accompanied by him. We tried to take a mat from his house but they were all full.  By full I don’t mean the normal 14 people. Matatus in Nyanza some how manage to pack 21+ people 14 seater. It was so packed in there my phone’s bluetooth signal was not reach the headset so I had to travel in silence *yawn* So anyway we couldn’t find a reasonably empty one so Anto decided to take the car. I was beyond jazzed and extremely jealous! How the hell did he get to drive before me? Nktest! 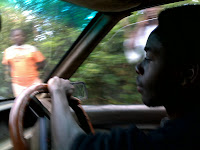 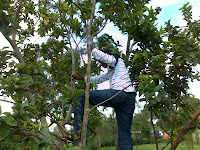 We took the car and went to Maseno which was just down the road. I have to say that it was much easy deal with the staffers at Maseno than at any other school I’ve been to so far *cough cough JKUAT* Then after that we decide to go on our first mini-roadtrip and take a drive down the Saiya-Luanda highway to visit my shagz where the parental unit is building a house. I only went there because my dad said that I should pass through and see the place. I climbed a guava tree reliving the carefree days of my youth stealing fruits for the neighbours trees. After we left and went further down the highway, the roads were shitty but Anto handled them relatively well. At some point we did an about turn and headed back to his place. It was a really fun drive and I hope it’ll not be the last one.

At his place we began what would become an all nighter of movies, video games, music and singing. Somewhere around 7 I got the call that almost ruined my whole mood. Father had decide to recall me to sort out an issue that he and my mother should be sorting out on their own without using me as messenger but hey thats what happens when parents separate the kids suffer. So with that command to return home ringing in my ears I decided to do all that I could that night and it was mad!!! 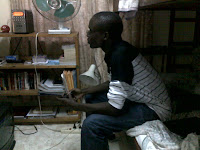 By far the most fun thing we did was play Singstar. I had dismissed the game as stupid. I couldn’t get why anyone would like a game were you song along to someone else’s music but after 2 songs and watching Anto kill it on the mic I was hooked hard!!!  The only problem was that the song where few and not of my preferred genres but you have no idea how fun it is even to sing along to a song you wouldn’t normally listen to AND get scored on your singing. hilarious.

Unfortunately all good things come to an end and I had to leave the next morning very early. I hadn’t slept so I was so exhausted that when I got to my shuttle I slept all the way. Ah it was fun though it only lasted two days. Sigh, but thats how my life is extremely brief periods of fun with a whole lot of sad boredom. 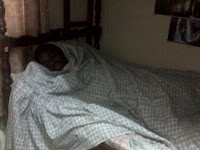 On completely unrelated thing I’m thinking of moving my blog to wordpress. What do y’all think? This is mostly because they have a native blogging app for my phone. Let me know. Peace!!!