So I’ve been an intern for like three weeks now at a small software company called ML. So I think I’ve been there long enough to tell you what life there is like. But first some random info.

There’s only one other intern here (Yes I’m blogging from the office:) But I haven’t seen him since last Friday(He turned up later) so I’ll assume he’s quit. There’re about 10 employees max. We always start the day with a short devotion; singing, bible verses with some inspirational text and then prayer. The atmosphere is very relaxed (too relaxed in my opinion but hey I’m just an intern, right?). Oh yeah, and I do this pro-bono meaning I’m not paid.

My days here consist of surfing the net, tweeting, facebook and blogging. Mostly. Thats because I’m not really supervised and also that the work I’m given is simple to do. I go for lunch when I feel like and when I take the afternoon off (I just disappear and reappear the next day) I’m not missed.

It also means that I’m not really respected by the full time employees. I’ve not been shown any direct disrespect but their attitude towards me certainly suggested (it stopped after the first week) that there was something there. Their boss certainly treats us all the same, with respect, and that impresses me immensely.

A day in my intern life might also mean being compless (without a comp) because one of the programmers took your extension because heis work of chatting on some unknown social network (I think its called badoo, ever heard of it?) and checking videos on youtube interrupted of course by him doing some little work is more important than yours. Never  mind that when the boss walks in he always asks me what I’m doing (Not much either).

You get sent by everyone to do everything from buying the boss milk at the kiosk, credit for his PA to more important thinks like paying and picking tenders and checking for land rates at City Hall. By the end of one of these days, they aren’t often, thank God, your so bloody exhausted you just wanna collapse on the bed!! 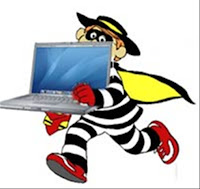 You get to see how people seem so oblivious to  things disappearing in the office. Several hard drives, RAM and DVD-ROMS disappeared from the programmers room and no one seemed to have seen anything. I found that hilarious because I had never seen anyone in that room except the programmers. 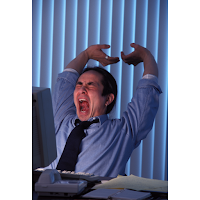 Most annoying is that you get given all the tasks the programmers can’t or won’t do properly. That includes testing their software (we programmers never notice our own mistakes), writing the user manual and brochures for that software (YAWN!!) and testing it again (they never get it right; I almost always point out the same mistakes).

Ofcourse all this doesn’t mean I haven’t learnt anything. I’ve learnt a lot about the probelms that a small software firm can face in this our Kenyan environment and I’ll be sure to make sure that I correct this when my own company is launched. Shoot off in comments about your intern experiences. It would be good to know I’m not alone. Peace!