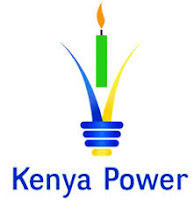 Kenya Power is my country’s only power distributor. It has had the monopoly on the distribution and supply of power since independence, I think, when it was known as Kenya Power and Lighting Company (KPLC).
Kenya Power is probably the most complained about company in the country, perhaps along with Safaricom. Power in the country can disappear at any moment for reasons that aren’t clear to anyone, and at times even to Kenya Power themselves when you call their helpline; and Kenyan’s have become so used to the power outages when it rains that in my house when the clouds start darkening take out our paraffin lamps in readiness for dark times (pun intended). Of course if this only happened in the rural areas it would not be such a problem, but it’s something that affects the entire country no matter where you stay.
Another complaint is that their billing is quite erratic; you never can plan your power bills accurately because they seem to fluctuate inconsistently, though the company is always quick to release statements on why: the price of crude has gone up, rainfall was less than expected and the dams aren’t at full capacity, the price of foreign exchange was not favourable.
Now all this comes down to the fact that they sometimes use petroleum generators to meet the demand. This, in a country with several dams and being the main source of water for the mighty Lake Victoria. I remember when those generators where first bought/introduced. It must have been in the year 2003 when the entire country was undergoing some serious drought; there was no water anywhere: in the sky or the taps. Water was being rationed and lakes and rivers all over the country where drying up. KPLC, as it was still known then, announced that they were being forced to acquire generators because of the shortfall.
10 years later and we’re still using them for some reason, though that drought ended. Of course they’re having been other minor droughts but none as severe. Why we’re still using the expensive fuel generators when the company clearly announced that they were to be stop gap measures beats me!

“We’re not a monopoly, you can use paraffin and candles if you want”

Their CEO has an attitude that in many other countries would probably have gotten him fired for being so stupidly callous. He was once asked what he thought about the fact that his company has been accused of laxity as it doesn’t have any competitors being a monopoly and he said, “We’re not a monopoly, you can use paraffin and candles if you want” (not verbatim) You know, because all people use electricity for is to light their houses; or perhaps he’s heard of a paraffin powered laptop, just fill it up and you’re good to go. I can’t be sure but perhaps the pun “Kenya Paraffin Lamps and Candles” was born out of that statement.

But on a serious note no country can hope to develop to be an industrial nation without an affordable and reliable source of power. All development relies on it. How can any business in this day and age operate without it? If you run an internet cafe, you’re losing money every minute the power is out and unfortunately the rent and wages will still be the same no matter how often the power disappears. Your landlord and employees won’t want to hear excuses and therefore we should stop accepting them from our power provider.

I remember in the aftermath of hurricane Sandy in New York, the news was actually about several neighbourhoods that had no power for a couple of days. I remember laughing at someone on TV complain most vehemently that he had had no power at home for the last 2 days and something needs to be done about it because it was like his life had come to standstill and most uncomfortable. I remember thinking how if he lived in Kenya he’d have already been used to such occurrences. It only hit me later that it’s actually so sad that supply of such an essential service are so bad in this country that we can actually laugh at other people’s demands for them. Peace!!!