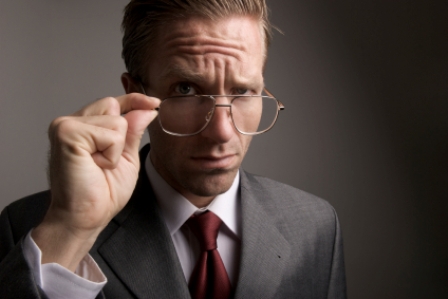 The members of my family were blessed with a gift, we all have this innate ability to make judgements about people that usually turn out to be true. We meet you once and form an opinion about you based on that.

Just to give you an example, I met a friend’s boyfriend for the first time and thought there was something “off” about him. Curiously, he had been completely nice and polite to me. I couldn’t see why I felt this way about him, it was a bit of a weird disconnect for me because he hadn’t really done anything to deserve the judgement. Later when I was mentioning this feeling to my mum and sister, who had meet him months before me they mentioned that they had both gotten the same feeling from him.

Later he did something that showed me he deserved the judgement. (Editor’s Note: Do tell!!!)
Over time I’ve come to trust these “feelings” I’ve gotten about people, but more recently I’ve been thinking about the process by which I’ve made the judgements.
I’ve noticed that I’ve been making judgements based on looks and coming to find out that I was wrong about the person. Perhaps thinking they’re friendly and they turn out not to be, or thinking someone was stuck up and they weren’t. And I don’t like being wrong.
So I think from now on I’ll only be making judgements after I’ve had at least one interaction with people those have proved more reliable than just looks. Peace!!!